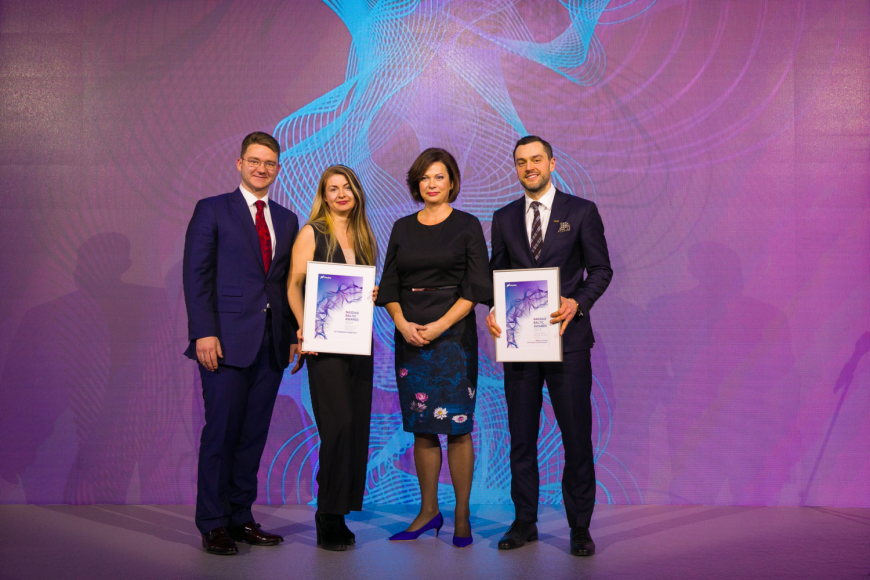 On 31 January Nasdaq announced the winners of the Nasdaq Baltic Awards 2019, recognizing Nasdaq Baltic-listed companies for excellence in the areas of transparency, governance, and investors relations, as well as the most active and impactful stock exchange member. For the first time, other key stakeholders were also honored for their contributions to the sustainable growth of the Baltic capital markets.

The remarkable debut of ALTUM on the stock and bond markets was highlighted as the “Stock Exchange Event of the Year” in Latvia.

“Stock Exchange Event of the Year” – event in each Baltic country that most influenced local capital market development.

When announcing the winner in the category, Daiga Auziņa-Melalksne, Chairwoman of the Management Board at Nasdaq Riga, stressed ALTUM’s successful debut at the stock exchange, issuing bonds that were oversubscribed by 6.5 times. The head of Nasdaq Riga went on to say that ALTUM played an important role in the economy of Latvia, and emphasized the high Baa1 rating assigned to ALTUM by Moody’s Investors Service – one of the highest ratings among the Baltic issuers.

ALTUM was also nominated for the Best Investor Relations by a Bond Market Newcomer award, making it to TOP3 together with Lietuvos Energija and Estonia’s Inbank.

ALTUM Chairman of the Board Reinis Bērziņš:

“We are proud to represent the new model of state capital companies’ operations – we are sustainable and self-sufficient in attracting financing, we operate according to the best corporate governance principles, and at the same time we contribute to the development of Latvian financial market. Serious homework was done before that, which enabled us to earn a Baa1 long-term rating from the international rating company Moody’s, and ALTUM is now ranked among bond issuers with the highest credit rating in the Baltic countries. I thank the ALTUM team and our shareholders, who put their trust in us when we set ourselves this ambitious goal. I also thank the stock exchange for the high assessment!”

The Nasdaq Baltic Awards, launched in 2018, are a biennial initiative of the Nasdaq Baltic exchanges and Nasdaq CSD. The evaluation of Nasdaq Baltic market’s listed companies and exchange members is performed by local and international experts in capital markets, corporate governance and investor relations. For more information visit: nba.nasdaqbaltic.com