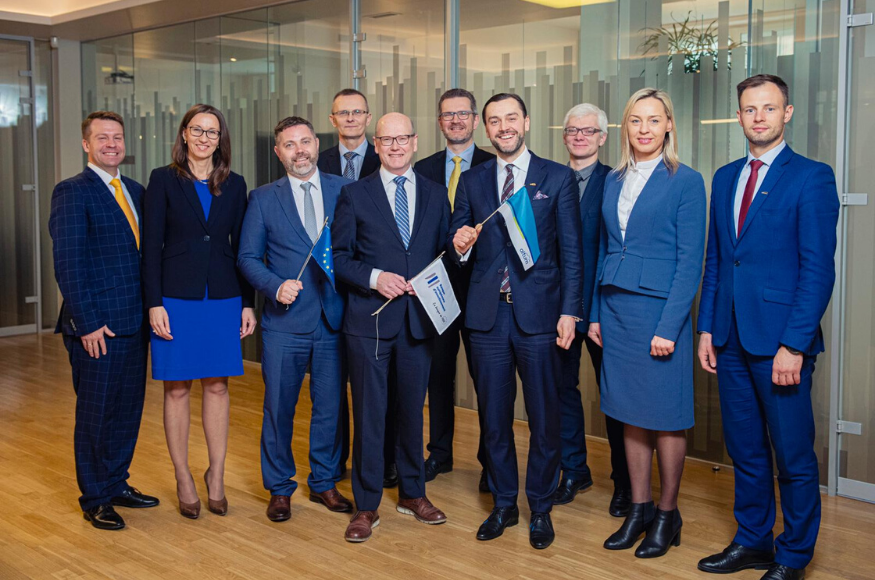 The EIB has signed an EUR 18 million loan agreement with the Latvian national promotional institution ALTUM to finance energy efficiency projects by Latvian companies. The financing is complemented by a  EUR 3 million guarantee under the “Private Finance for Energy Efficiency (PF4EE)” instrument, provided by the European Union under the LIFE programme (L’Instrument Financier pour l’Environnement). The signature was announced today at a bilateral meeting between EIB Vice-President Thomas Östros and Reinis Bērziņš, Chairman of ALTUM’s Management Board.

EIB Vice-President Thomas Östros commented: “When you talk about climate action, there is much to be gained from energy efficiency. Investing in climate-relevant projects is not only about energy generation, or e-mobility, a huge effort is needed to better manage and use the energy that we consume. In line with our commitment to raise the stake of our climate financing to 50% by 2025, we wholeheartedly support this project with our long-time partner ALTUM, which will enable Latvian companies to improve their environmental standing and save on energy bills.”

Reinis Bērziņš, ALTUM Management Board Chairman, stated: “Latvia has huge potential for implementation of sustainable green-minded projects. A survey, conducted by ALTUM, shows that approximately half of Latvian businesses have considered implementing energy-saving activities, but only a few of them have actually taken any practical steps to do so. Currently, the proceeds from ALTUM green bonds are successfully used to finance viable business projects supporting energy efficiency and renewable energy use. In addition to green bond financing, this funding will enable loans to be offered to entrepreneurs and ESCOs with a significantly longer repayment period of up to 15 years. This loan is complemented by an EIB guarantee agreement for loans issued by ALTUM, which lowers interest rates on ALTUM financing for sustainability, energy efficiency and climate change mitigation projects, as well as reducing customers’ security for loans.”

European Commission Executive Vice-President Valdis Dombrovskis said: “For Europe to transition to a climate-neutral economy, there is a huge need to invest in energy efficiency projects. With the financial support the EU is providing to ALTUM, Latvian companies of all sizes can take advantage of the opportunity to replace their existing infrastructure with greener alternatives to reduce energy consumption. Every initiative of this kind brings us a step closer to meeting our target of a climate-neutral Europe by 2050.”

The European Investment Bank (EIB) is the long-term lending institution of the European Union owned by its Member States. It makes long-term finance available for sound investment in order to contribute towards EU policy goals. In the last five years, the EIB has provided over EUR 460 million in financing to Latvian projects. The EIB’s relationship with ALTUM dates back to 2009, when a EUR 100 million loan was signed with Latvijas Hipoteku un Zemes Banka, ALTUM’s predecessor.

ALTUM is a state-owned development finance institution, which offers state aid for various target groups with the help of financial tools (such as loans, credit guarantees, investment in venture capital funds, etc.). ALTUM develops and implements state aid programmes to compensate for the market’s shortcomings that cannot be solved by private financial institutions. In June 2017, ALTUM was awarded  the international credit rating Baa1 by Moody’s, which approves its strong financial stability.

PF4EE is a joint EIB/European Commission financial instrument to promote energy efficiency (EE) lending by financial institutions. This is the tenth operation under the programme and the first one in Latvia. The PF4EE Instrument Risk Sharing Facility is a risk mitigation mechanism, which enables financial intermediaries to partially recover losses they may incur in their newly originated portfolios of energy efficiency sector loans to final beneficiaries.

With Latvia already one of the leading countries in terms of the use of renewable energy, this operation with ALTUM will enable Latvian companies to use this energy even more efficiently. The programme will support energy efficiency and small-scale renewable energy investments in SMEs, mid-caps, and in some cases large enterprises, specifically in the industry sector. Measures that are eligible for financing include the renovation of buildings to make them more energy efficient and the redesign of industrial processes. This could include operations on centralised heating systems, insulation of buildings, replacement of windows and doors, small-scale renewable energy projects and energy management systems. 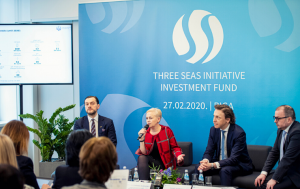 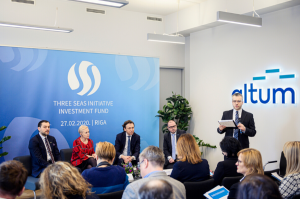 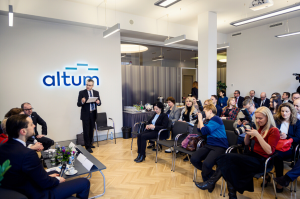 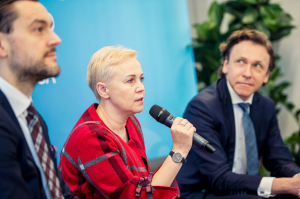 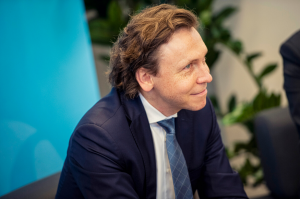 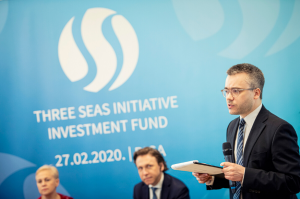